At about 12:30 p.m. on July 4, the Ottawa Police Service received a 9-1-1 call from a person reporting a disturbance involving occupants of a residence.
CityNews OttawaNov 1, 2022 8:00 PM

Ontario’s police watchdog has cleared an Ottawa police officer of any wrongdoing during in incident in July of this year when an ‘Anti-Riot Weapon Enfield’ (ARWEN) was used.

At about 12:30 p.m. on July 4, the Ottawa Police Service (OPS) received a 9-1-1 call from a person reporting a disturbance involving occupants of a residence. The first officer to arrive on scene knocked on the door of the unit and called-out to the occupants.

Following a period of silence, a man announced that he would slit his throat if officers entered the unit. The officer was eventually able to speak with the man’s partner through a second-floor window. She eventually agreed to exit the apartment.

Officers on the ground were able to see the man through his window, and they saw a cut on his face. The lead negotiator spoke with the man through the second-floor window in an effort to bring the standoff to a peaceful resolution. However, the man continued to threaten that he would harm himself if officers entered the apartment. He was seen with a razor blade in his possession, and he was seen holding a knife to his throat.

At one point, the man mentioned that he had a gun. Officers forced entry through the front door and observed the man at the top of a set of stairs leading to the second-floor apartment. When the man refused to come down, and instead threw an object at the officers, an officer fired his ARWEN twice. The man was struck in the leg by the first round. The man ran into the apartment with the officers giving chase. He cut himself, after which he was taken to the floor. The man was eventually handcuffed and seen by tactical paramedics at the scene.  He was transported to hospital and treated for lacerations to the left side of the neck.

The director of the Special Investigations Unit (SIU) Joseph Martino, has found no reasonable grounds to believe that the OPS officer committed a criminal offence when the officer used his ARWEN.

The file has been closed. 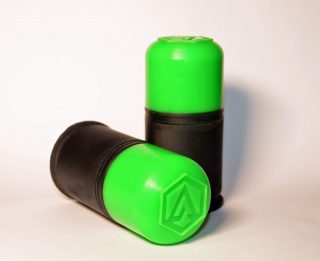