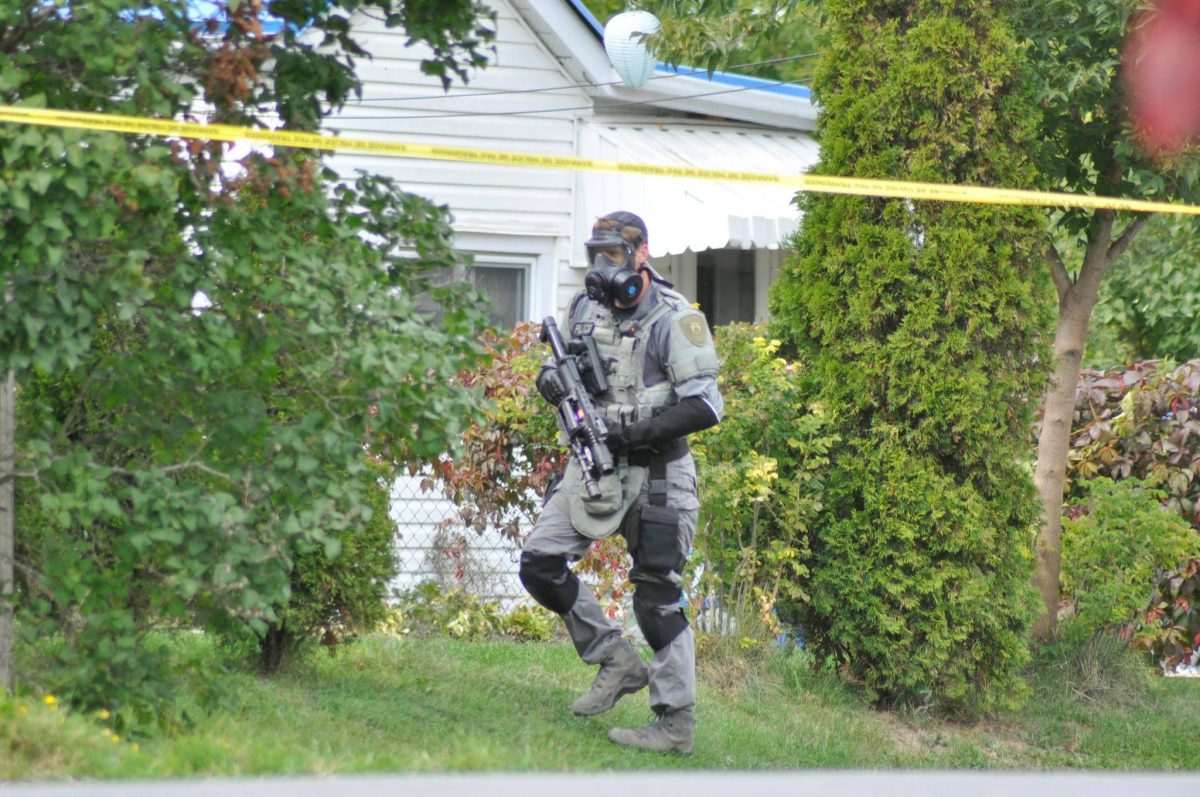 A decision has been made by the Special Investigations Unit (SIU) in regards to a 12-hour standoff on Wednesday, Sept. 23, 2020 between Kingston Police and a man armed with a knife who had barricaded himself into a Ford Street residence. The man had previously stabbed four others before police arrived on the scene.

However, during apprehension by police, the man sustained several injuries, including a broken rib.

The SIU has determined that Kingston Police handled the situation to the best of their abilities.

“The officers who attended at the address on Ford Street seeking to place the Complainant into custody were in the lawful discharge of their duty,” the incident ruling reads. The report was written by SIU Director Joseph Martino.

The SIU states that, on the morning of Wednesday, Sept. 23, 2020, multiple 911 calls were made in relation to the stabbing incidents on Ford Street. Callers relayed that the man responsible had barricaded himself inside a residence.

Police used several tactics to try to lure the man out from outside the residence, including having the man’s mother present and sending in a police dog. However, these attempts were not successful.

According to the SIU, Kingston Police finally decided to deploy the OPP’s armoured vehicle onto Ford Street at approximately 4:16 p.m. At the same time, officers used ladders to gain access to the residence and deploy various tactics, attempting to force the suspect out of the residence.

It was then that police finally made contact with the individual.

Over the course of the standoff, police deployed ‘Anti Riot Weapon Enfield’ (ARWEN) rounds (shooting rubber bullets or beanbags), tear gas, pepper spray, and Conductive Energy Weapons (tasers), all of which the suspect withstood while continuing to brandish a knife. It was the final deployment of a ARWEN rounds and a taser at approximately 4:30 p.m. that finally knocked the suspect from his feet, allowing police to enter the residence and make an arrest. The suspect was taken to hospital from the scene in an ambulance following the arrest.

“Thereafter, I am satisfied that the subject officers never exceeded the ambit of reasonably necessary force to effect their purpose,” Martino wrote in the incident report.

The Special Investigations Unit is a civilian law enforcement agency that investigates incidents involving police officers where there has been death, serious injury, or allegations of sexual assault.