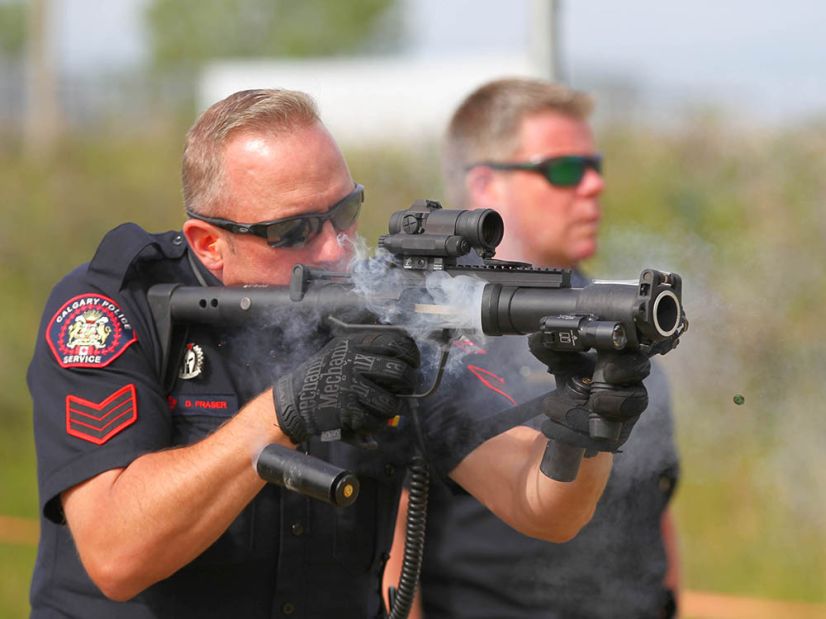 Despite calls to the contrary, the Calgary Police Service says it won’t roll out its less-lethal weapons to every front-line member.

The service said its decision came after conducting studies on how the ARWEN launcher has been used since its introduction years ago. Last summer, the service launched a rollout that’s seen 120 service members trained on the system with 56 ARWEN systems currently in place. “CPS conducted an analysis of patrol shift schedules, relevant or applicable types of calls warranting a less-lethal resource, and front-line staffing numbers,” the service said in a statement.

“This, coupled with the availability of other use-of-force options, such as Conducted Energy Weapons (Tasers) and patrol rifles, as well as the availability of the Tactical Unit with their less-lethal options, indicated that the number of systems we have available during each shift in every district provides a timely response to emerging incidents anywhere in the city 24/7.”

Members aren’t assigned their own ARWEN’s, but members are able to sign out the system. In Q4 of this year, the service says they will be training an additional 40 members with another 24 systems to be made available.

Calgary Police Association president Les Kaminski said he hoped to see a rollout of the device to all front-line officers to help deter dangerous situations.

“Those intermediate weapons are indispensable,” said Kaminski. “Once we get out of this budget crunch, I hope . . . at least every team of officers gets trained on that and use it to go to every call. It’s safer for everybody involved.”

The ARWEN offers a greater range than the Taser. Before last summer’s rollout, only the service’s tactical unit was equipped with the weapon, which packs a punch similar to that of a hockey player’s slapshot.

“Because of the methamphetamine problem, we’re dealing with more violence and that type of mindset,” Kaminski said. “We’ve had Tasers for a long period of time but the Taser’s range is very limited, like 21 feet, and that’s pushing it.”

That, Kaminski said, is one of the biggest reasons he hoped to see more ARWEN’s available.

Officers have been trained to fire the weapons toward the lower abdomen and thighs. While considered “less-lethal,” there’s still a possibility the launcher could do serious harm.

Staff Sgt. Jason Bobrowich, Patrol Less Lethal program lead, told Postmedia when the launchers were introduced that the weapons allow for greater distance between officers and people in crisis during a standoff.

“That, in turn, reduces the anxiety in subjects and reduces the stress that officers have to deal with so that better decision making, more enhanced communication de-escalation can be utilized and any other resources can be brought in,” he said.

Note: This article was corrected on Sept. 11, 2019 to further clarify the number of ARWEN systems the Calgary Police Service had and how many they will be rolling out by Q4 2019. 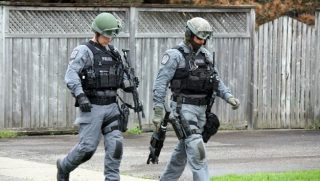 According to the State of Policy in Law Enforcement 2018 Report, 80 percent of the 246 law enforcement professionals surveyed reported an increased need for